Happy New Year 😀 ! 2012 has already begun and it looks to be an extreme year for gamers! We know you are broke from the holidays, but you need to start saving every buck of money if you want to get the most out of 2012. It’s going to be a huge year with lots and lots of game releases . Scroll on down and check out the 10 Most Anticipated Upcoming Games of 2012 for PC , PS3 and XBOX  listed according to likely release chronology. Several will almost surely be delayed into 2013. We wish we knew which ones, so we could give you a heads up. But we don’t. 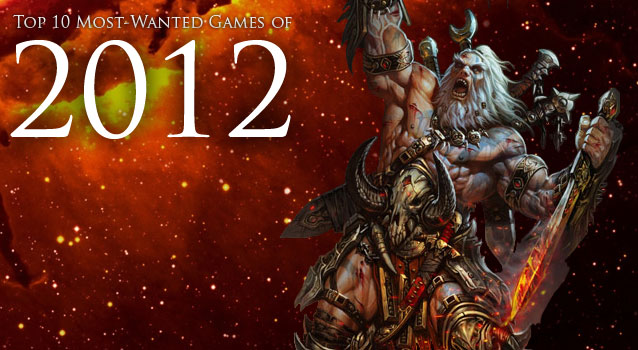 Surely this entire year is dotted with high profile launches and the return of some of the biggest franchises in gaming. Apart from the big names, there are many more new games which have caught our fancy .

StarCraft II: Heart of the Swarm

Max Payne 3 is an upcoming third-person shooter video game in the Max Payne franchise published by Rockstar Games Max Payne returns in the sequel to Max Payne 2: The Fall of Max Payne! Set 8 years after the previous game, Max Payne 3 is set in Sao Paulo, Brazil where world weary Max has been double crossed and is looking out for a way to clear his name. Originally set to release in 2009, Max Payne 3 is scheduled to be released in March. All the signature traits that made the previous two games famous like the visceral action, gritty story and dark setting are set to make a return. Max Payne’s trademark bullet time makes a return as well.

The Halo series is one of gaming’s biggest and most loved franchises. It is an upcoming video game and the eighth installment in the Halo franchise . Halo 4 is intended to be the first of a new trilogy of Halo series games, named the “Reclaimer Trilogy”. Whereas the previous Halo games were developed by Bungie, Halo 4 will be developed by 343 Industries. The game continues some time after the ending of Halo 3, and marks the return of the Master Chief as the main protagonist. Cortana will also appear in the game. The game is set for release in Holiday 2012.  Developers promised this new trilogy will be more epic than the previous installments and will have a much darker storyline.

World of Warcraft: Mists of Pandaria

I think World of Warcraft has changed .Mists of Pandaria will have a host of new features and content, including a brand new playable race called the Pandaren and class, Monk. The new expansion pack for the largest and most popular MMORPG was announced on October 21, 2011.  Set on an island lost in time until now, Mists of Pandaria extensively features Asian themed environments and instances. .

Mass Effect 3 is an upcoming action role-playing game developed by BioWare and published by Electronic Arts  .One of the biggest releases of the year, Mass Effect 3 is the final chapter in the epic action RPG from the stalwarts at BioWare. Commander Shepard’s saga comes to an end and decisions made in the previous two games will influence the storyline in this chapter as well. Mass Effect 3 also introduces multiplayer to the franchise along with fine tuning of the amazing graphics engine and gameplay. This could be one of the biggest games of the year!

Prototype 2 is a free-roaming third person action game like its prequel Prototype. It features a new protagonist called Sergeant James Heller who is out for revenge after the death of his family caused by the rampage by Alex Mercer, protagonist of the previous game. Like the previous game, James Heller will be able to shapeshift and transform due to the Blacklight virus. Prototype 2 lands on Windows, Xbox 360 and PlayStation 3 on April 24.

2007?s BioShock was one of the most critically and commercially successful games of the decade. The blend of  immersive environments, great graphics, morality based gameplay, customizable offenses and objectivist philosophy was a breath of fresh air in the crowded first person shooter genre. After BioShock 2,  also a well received game, Irrational Games is developing a new entry in the series, BioShock Infinite. Unlike the underwater utopia gone wrong setting of the previous two games, BioShock Infinite is set on a city in the clouds on the brink of collapse called Columbia. It features similar gameplay elements from its predecessors and we’re not complaining, it’s a tried and tested formula that doesn’t get old. BioShock Infinite is set to be released June 1.

Counter-Strike needs no introduction. To the millions of CS players all over the world, the new entry into the series, Global Offensive promises to go back to the roots of the original that made it so popular. Valve aims to satisfy veterans of the series with old school gameplay and welcome new entrants with a more forgiving multiplayer casual mode. Featuring updated graphics, maps and weapons, Global Offensive seems like a winner already!

DotA 2 is an update of the hugely popular multiplayer map DotA on Warcraft III. It is being developed by Valve Corporation as a stand alone product and has the main developer of the original map, Icefrog, on board. Needless to say, we can expect it to be true to its roots and is shaping up to be as fun as its predecessor. DotA 2 features most of the heroes, items and skills from DotA along with new maps, modes and a completely new art style and graphics engine. Currently under closed beta phase, DotA 2 is expected to release in the first half of 2012.

Prey, released in 2006 was one of the most delayed games in the history of well, gaming. Going through numerous overhauls and changes, it was doubtful if it would ever see the light of day. Finally it released in 2006 and surprisingly was a great shooter with innovative elements like gravity changes, living and customizable weapons and spirit walking. 6 years later and Prey 2 is set to be released in 2012. It features a new protagonist who was knocked unconscious after a short fight with aliens during the beginning of the first game who wakes up on an alien world. He becomes a bounty hunter and presumes he is the last human on the alien world called Exodus. Furthermore, he doesn’t remember anything from the years between his abduction and arrival at Exodus. Then he meets the protagonist of the first game and sets out to recollect his memories. Sure seems like a cracker of a storyline!

So these are the top 10 most awaited games of 2012 .This year could be one of the best years for gamers, lets wait and watch, and of course play 😀