Linux is a an awesome Open-Source Operating System and has many Distributions . It would be appropriate to say Linux Rules and every month a new Distro is created . But it’s very tricky to choose which distribution of linux do you need to use if you are yet to use linux or if you are bored of your recent linux distro , because almost all of them are somewhat same in features and working environment. 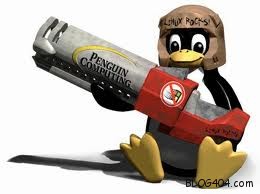 That’s why here I provide a brief overview of Top and Most used Linux distribution that are worth checking out !

Ubuntu — This is the first Linux Distro I tried and was impressed with Linux  and became a die-hard fan . Ubuntu is available in desktop, netbook, server, and cloud versions . Ubuntu’s core is built from Debian Linux packages along with the GNOME desktop environment. Strongly features cool professional-looking infrastructure . You can order its CD home absolutely free and that too with no shipping charges . Very user-friendly and great OS for Linux beginners 😉

Distros Similar to  Ubuntu are Kubuntu , Edubuntu and Mythbuntu .

Fedora — Looks somewhat like ubuntu but with more smooth and electric interface .However it has much more in common with Red Hat Enterprise Linux .Again it offers a choice of  KDE or GNOME desktop environments with choice of two package managers:

OpenSUSE — One of the most Linux distribution for both desktop and server use. Features a choice between  KDE and GNOME desktop environments, plus the powerful and user-friendly YaST package management tool. Like Fedora, openSUSE uses the popular RPM package management architecture.

Debian — Very popular for desktop, server, and embedded uses . Along with  GNOME, there are many other alternatives like  KDE, Xfce and others. Lots of apps , already bundled with cool softwares . Worth a try !

Gentoo — Unlike the other distributions in this list, Gentoo’s packaging system primarily installs software from source code packages, compiled directly on the target system, although support for binary packages is also provided. Distributions based on Gentoo use the Portage package management system with emerge or one of the alternative package managers.

Mandriva — Mandrake was its  original nameand was initially derived from Red Hat Linux  . Excellent implementation of its 64-bit edition , and extensive internationalization support. Easy to use system through its unique Control Center. Mandriva Linux uses KDE Software Compilation or GNOME as the standard desktops, but also includes others such as Xfce and twm . Now migrated to Red Hat, SUSE, Debian, and eventually Ubuntu.

There are more than thousands of Linux Operating Systems and checking out all of em is simply impossible . However most of them are based only on above 6 Distros mentioned . So , if you want to give a shot to linux , check it out any one the six mentioned above 😛 .For details check List of all Linux distributions on Wikipedia .
Now watch more of Linux here at BLOG404 over the coming months !

18 thoughts on “List of all Top Popular Linux distributions”