Unknown Stories and Facts : How Famous brands were named ← BLOG404

Unknown Stories and Facts : How Famous brands were named 4

Shakespeare who once quoted  “What’s in a name?” .  Little did he know that soon the world will be emerging with corporate business racked with famous brands . With the evolution of the concept of branding , Now everything depends upon the name  [ and still many things of-course ] . You would always prefer watching BBC channel rather than any unknown channel , you don’t buy shoes  you buy Nike or Adidas.  You don’t eat chicken from anywhere , you get one with a KFC’s logo on its wrapper. 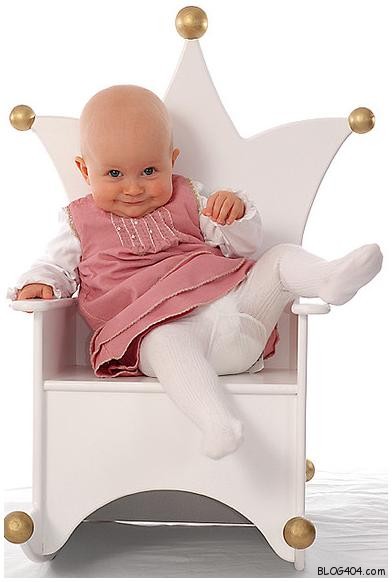 We are so accustomed to guessing acronyms whenever we hear one but it usually turns out it’s not what we thought of.  Sometimes, brands are named after weird cool things , but all have a history behind their etymology. I cannot vouch for the authenticity of these details, but they do look very much believable.

– originally named “Backrub”, the company was being changed to ‘Googol’, a word for the number represented by 1 followed by 100 zeros reflecting the company’s mission to organize the immense amount of information available online . The name was spelt incorrectly as “Google” in 1998 and it stayed . And you thought google is always correct , for the brand name itself was a typo 😛

— for the favorite fruit of co-founder  Steve Jobs and/or for the time he worked at an apple orchard. He was three months late in filing a name for the business, and he threatened to call the company  Apple Computer if his colleagues didn’t suggest a better name by 5 p.m.

Apple wanted to distance itself from the cold, unapproachable, complicated imagery created by other computer companies at the time — which had names such as  IBM,  DEC,  ADPAC,  Cincom,  Syncsort and  Tesseract — in order to get people to use them at home. They looked for a name that supported a brand positioning strategy that was to be perceived as simple, warm, human, approachable and different.

Apple had to get approval from the Beatle’s Apple Corps to use the name ‘Apple’ and paid a one-time royalty of $100,000 to  McIntosh Laboratory  Inc , a maker of high-end audio equipment, to use the derivative name ‘Macintosh’ (‘Mac’).

– was created by the British General Post Office . The company was wound-up and on 1 January 1927 and a new non-commercial entity called the British Broadcasting Corporation established under a Royal Charter became successor in interest .The BBC than became the world’s first national broadcasting organisation

Founder Jack Smith got the idea of accessing e-mail via the web from a computer anywhere in the world. When Sabeer Bhatia came up with the business plan for the mail service, he tried all kinds of names ending in ‘mail’ and finally settled for hotmail as it included the letters “html” – the programming language used to write web pages. It was initially referred to as HoTMaiL with selective uppercasing.

— short for Kentucky Fried Chicken. It is popularly believed that the company adopted the abbreviated form of its name in 1991 to avoid the unhealthy connotations of the word ‘fried‘. In actuality, it is because the Commonwealth of Kentucky trademarked the name “Kentucky” in 1990. Anyone who used the word “Kentucky” for business reasons needed to pay licensing fees to the Commonwealth of Kentucky. Kentucky Fried Chicken changed their name to KFC to avoid paying these fees. Recent commercials have tried to imply that the abbreviation stands for “Kitchen Fresh Chicken“.

Bob Noyce and Gordon Moore initially incorporated their company as N M Electronics. Someone suggested Moore Noyce Electronics but it sounded too close to “more noise” — not a good choice for an electronics company! Later, Integrated Electronics was proposed but it had been taken by somebody else so they used the initial syllables (INTegrated  ELectronics).

To avoid potential conflicts with other companies of similar names, Intel purchased the name rights for $15,000 from a company called Intelco.

— coined by Bill Gates to represent the company that was devoted to  MICROcomputer   SOFTware . Originally christened Micro-Soft, the ‘-‘ was removed later.

Larry Ellison and Bob Oats were working on a consulting project for the CIA (Central Intelligence Agency). The code name for the project was called Oracle (the CIA saw this as the system to give answers to all questions or something such).

The project was designed to help use the newly written SQL code by IBM. The project eventually was terminated but Larry and Bob decided to finish what they started and bring it to the world. They kept the name Oracle and created the RDBMS engine. Later they kept the same name for the company.

— its founders designed their first  workstation in their dorm at  Stanford University, and chose the name Stanford University Network for their product . Andreas Bechtolsheim built a microcomputer; Vinod Khosla recruited him and Scott McNealy to manufacture computers based on it, and Bill Joy to develop a UNIX-based OS for the computer with a  hope of selling it to the college. They didn’t 😉

— a “backronym” for Yet Another Hierarchical Officious Oracle. The word Yahoo was invented by  Jonathan Swift and used in his book   Gulliver’s Travels. It represents a person who is repulsive in appearance action and is barely human. Yahoo! founders  David Filo and  Jerry Yang selected the name because they jokingly considered themselves yahoos. It’s also an interjection that Southerners and Westerners use to express their joy .

— Latin translation of the German name ‘Horch‘. The founder  August Horch left the company after five years, but still wanted to manufacture cars. Since the original ‘Horch’ company was still there, he called his new company Audi, the Latin form of his last name. In English it is: “listen!“.

— was originally invented by Max Keith in Germany in 1940 when World War II made it difficult to get the Coca-Cola syrup to Nazi Germany. Fanta was originally made from byproducts of cheese and jam production. The name comes from the German word for imagination (Fantasie or Phantasie), because the inventors thought that imagination was needed to taste oranges from the strange mix.

If you know a mystery or exciting facts about other famous brands, do share them with us 😀

4 thoughts on “Unknown Stories and Facts : How Famous brands were named”