The Internet Corporation for Assigned Names and Numbers (ICANN) – A global body that charts the course of the Internet voted overwhelmingly in favour of the proposal at a meeting in Singapore to allow the creation of new website domain suffixes by private companies, enabling major firms to replace “.com” with their own “.whatever” brand. 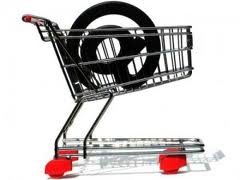 By the introduction of these domain names, the entire online business
model may change and the way how the search engines work will also
change. This comes with a price tag of $185,000 and that is why creating a new domain won’t be cheap or easy.
For example, Apple can have its own suffix domains and put names of its products in subdomains ending in.apple such as
iphone.apple , ipad.apple , ipod.apple etc !
It can also used by regions in such a way that the regional names are listed as the suffix. For example, .londonwhere domain names such as travel.london, tourism.london , business.london etc… can be more relevant.
What’s good is that businesses would no longer be restricted to the list of  generic top level domains (gTLDs) that include .com, .net and .org when they  apply to register a website address . Brands need to act now if they want to apply for one of these new domain names as it is not as simple as registering a .com address. It is a complex task that will need thought and investment !
The new domain names will not be restricted to Latin characters written by
users of English and other Western European languages but also other
scripts, benefiting users of other languages such as Chinese and Russian.

Today, just 22 gTLDs exist .com, .org and .info are a few examples [Here is the entire list ] — plus about 250 country-level domains like .in , .uk , .us , .cn .  After the change, several hundred and thousands of new gTLDs are expected to come into existence. The new domains will also change how ICANN works, as it will have a role in policing how gTLDs are operated, bought and sold. Until now, it has overseen names and performed some other tasks but has been little involved in the Internet’s thornier issues. 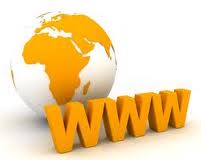 How Long will this Process last ?
ICANN estimates that the evaluation process could be as short as nine months or as long as twenty months, depending on the application, intended usage and other issues. ICANN expects the first new gTLDs to appear within the year, but it’s likely going to be 2013 before end users see the new domains in action.
And in case of  Two Entities Applying for the Same gTLD – it will depend on the timeline. If one of the users has already completed process before another party has applied, the TLD will be delegated on a first-come, first-serve basis.
If neither applicant has completed the process, ICANN has a more detailed resolution process in place. The applicants will be given points in four different categories. The applicant that amasses the most points, based on this set of criteria, will win the domain. In the even of a tie in points, an auction will take place and the TLD will go to the highest bidder.

This is going to be a very delicate situation for ICANN to moderate. Although users do not need to own a Trademark to apply for a new TLD, the evaluation review will take any existing trademarks (from all over the world) into account when looking at the application. Users cannot “reserve” a TLD of a trademarked name, they must go through the same process as everyone else. In addition to checking for trademarked names for a TLD, ICANN will also look at similar names that may be trademarked or might be confusing. Additionally, trademark owners or other interested parties can file an objection during the evaluation process.

The Effects :
This will play a key role in preventing so-called cyber-squatting, when people register and sit on a high-profile name in the hope of selling it, gTLD owners will be expected to maintain operational sites. ICANN will have to approve transfers to new owners.
This has to be the most exciting and smart move from ICANN . After all, what company wouldn’t jump at the chance to have its own name or hallmark product as the suffix on its website’s URL ?

What do you think ? Is this the best choice for the future of domains ?

14 thoughts on “A different kind of Top Level Domains”