See 140 written somewhere and it reminds you of twitter popularizing the new 140 keep it short trend . Google Plus appears to have a limit of 100,000 characters the day it went live .And now Facebook is in the league of social networks offering huge character limits by raising theirs to a whacking 63,206 ! This is the most recent update from Facebook during early november so that users can “utilise to express themselves” . 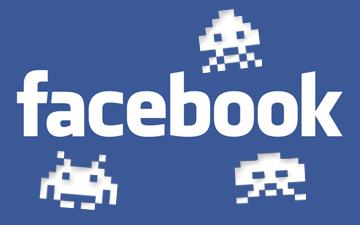 That’s more than a 12-fold increase over the last limit of 5,000 characters. And it’s no surprise because Facebook’s status limitations have been repeatedly increased with the longstanding 500 character cap being stacked to 5,000 in March of this year.

The evolution of Facebook’s character count limits is overwhelming .

Interested in writing and wanna be an awesome writer ? No problem !  Just write a story in the status on Facebook and in this way you can publish your own book 😛  As its 63,206 character which is  1 / 3 “A Christmas Carol” Charles Dickens. This much of content can be found in one post.

“For reference, a novel has roughly 500,000 characters. This could be shared in nine posts.”

Whilst Facebook has yet to officially confirm the reasoning behind the rather precise 63,206 character cap, the increase sees the world’s largest social network still fall short of the recently launched Google+ and its 100,000 character limit.

I honestly don’t see why anyone would ever want to write such a long status update [with the exception of spammers].

What-A-Nerd !
The change to a 63,206-character status update makes Facebook more competitive against google plus however takes it further away from the 140-character limit that Twitter is so famous for. This also means Facebook would take SPAM to a whole new level 😀 and become more of a faceBOOK

Would you ever post a message this long? Let us know in the comments. But please, if you can, keep it short 😉

4 thoughts on “Taking spam to a whole new level – Your New Facebook Status: 63,206 Characters or Less”