Unethical SEO of Google PLUS ONE ← BLOG404

Unethical SEO of Google PLUS ONE 9

Yes ! Google plus one [ +1 ] tool is now available on the hands . I was very exited when I first heard about this tool and I applied for invitation so that I will come to know as soon as it’s launched ! After careful consideration of all of the factors involved, I have recently come to the result that I no longer think the addition of this newly anticipated Google Plus tab will be an effective tool for measuring a website’s true worth.  The Reason – human factor involved !

Imagine that you own a small business with website getting some good organic traffic ! In short precise position on the SERP’s (Search Engine Ranking Pages) and you have an influx of organic traffic. Just think about it , all of your genius smart work [White Hat SEO ] is coming together and finally paying you [ considering panda’s effect ] and soon you realize that you have fallen back on the SERP’s and you have no idea why. And it is that time when you discover that it was that GOOGLE PLUS ONE ! That Google plus one that occupied millions of thumbs up but for another [competitive] website in your niche.  How is this possible? Same reason – The human factor.

Now what makes google close to stumbleupon now ? Just like more the thumbs-up on SU, more are the page-views ! Even if there’s a genuine or say original article which has not many thumbs-up – its dumb while copycat website which can also buy those thumbs-up can boost his pageviews and get some good Alexa ranking 😀 Also it looks like it’s a facebook like’s clone on google search page .The ‘Like’ button idea was awesome and was liked by many ! There’s also a “Like” page you can like ! The +1 button appears next to search engine results and AdWords advertisements. Also ,the website owners and publishers have already added a +1 button to pages and articles on their sites . Reminds me of Google Buzz this button which is soo rare to find these days 😛

Check out this quick video from Google introducing +1:

And off-course you require Google Profiles in order to +1 . The only good point with +1 is that Google Profiles got much more useful because a new tab has been created in Google Profiles to let users keep track of all of their +1s. Google +1 is a marketing ploy more than a true social sharing of information. Google has said it may have impact on the organic rankings, but in reality it is the push on the advertising side that I think Google is more concerned.

While this is only available in the US right now, this feature will be rolling out through Europe and Asia soon enough . If you just can’t wait to turn it on yourself, you can do so at  http://www.google.com/experimental/index.html.

Why its dangerous for SEO ? 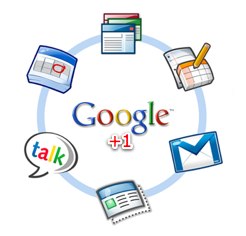 Having an automated algorithm can obviously get the best content , the real original data on the 1st page . However this +1 voting can be badly triggered as there would be only the popular blogs which would keep on getting +1 ‘s making small publisher’s out of business . Like in Digg case , the previous V4 Digg system that was made automated and popular blog’s digg account were  featured on digg’s getting themselves huge traffic and spoiling the Real Digg Effect Bloggers enjoyed 🙁

Any one of these factors could screw your SERP’s:

In the end, my personal opinion is that I just don’t get how Google can possibly keep this feature UP just like they failed in Google Buzz miserably 🙂 . Someone can faithfully sit for hours clicking on their own websites giving themselves thumbs ups. That’s not  good ! The reason I am yet to add +1 buttons on my blog …

What do you think about Google’s +1 ?

9 thoughts on “Unethical SEO of Google PLUS ONE”