Search giant Google’s long-awaited netbook powered by its Chrome software was recently launched. Dubbed Chromebooks, the netbooks run on Google’s cloud-based operating system and expand its Web browser Chrome. Google has designed Chrome OS keeping the web in mind and most of its functionalities will be available only if the Chromebook is connected to the internet [ comprising a distinct class of personal computer falling between a pure cloud client and laptop ].

The idea is to replace all local stored applications with web apps. All data is stored on the cloud. As everything is on the cloud, users will not be affected with viruses or frequent updates. The first Chromebooks models are rolled out by Samsung and Acer.

Google has designed Chrome OS keeping the Web in mind and most of its functionalities will be available only if the Chromebook is connected to the internet. Nothing but pure cloud computing , maybe the future of Internet . And the reason apps, games, photos, music, movies and documents will all be on cloud.

It will have nothing but only a Web browser that will guide users to applications like email and spreadsheets directly on the Web, instead of storing software such as, say, Outlook or Word on PCs. Moving day-to-day functions onto the Internet removes the burden of time-consuming tasks associated with traditional PCs, like installing software and updates, backing up files and running antivirus checks, a Google executive said. 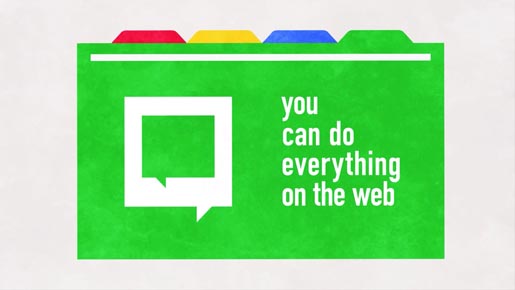 As everything is on the cloud tightly integrated with Google’s “cloud” online services, there will be almost no capacity to store information. Though they will have slots to plug-in other storages device users buy separately.

Google Chromebooks will run on Intel Corp’s Atom chip and Samsung Electronics Co and Acer Inc are making the first Chromebooks. They will sell for $349 to $499 at Best Buy and Amazon.com Inc in the US.

Acer’s Chromebook will have an 11.6-inch (29.46-centimeter) screen display and up to six hours of battery life.

Both models will have keyboards, but no hard drives for storage. The machines will be like computer terminals dependent on a connection to the Internet. The laptops come with 16 gigabytes of flash memory — the kind found in smartphones and tablets .

As with the company’s mobile OS Android, Chrome software will be free. Google expects it to spur people to use the Internet more often and search for more things, potentially boosting its Internet ads business. Google will also offer businesses its Chromebooks, along with technical support, as a hassle-free solution for $28 a month in the US.

7 Will it run offline?

While Google has diligently worked to make sure Chromebooks can be used offline, the computing model ultimately relies on being connected to the Internet. Google  said that , it will soon enable offline support for services like Gmail, Cal, and Docs.

Chromebooks will be up and running in about eight seconds. Every time a user will turn it on, the software will check online to see if there are updates, and it will always boot up with the latest version.

In case, there’s a failure, for whatever reason, the OS will simply reinstall itself 🙂

Google Chromebook comes with security features such as secure tabbed browsing (called sandboxing), data encryption, and verified boot. According to Google, “Chromebooks have many layers of security built-in so there is no anti-virus software to buy and maintain

Chromebooks will go on sale on June 15. The laptops will be available for purchase online beginning June 15 in Britain, France, Germany, Italy, Spain, Netherlands and the United States.

Though India is not among these seven countries, Chromebook is expected to come to the country later this year.

Below is the video, that explains the concept of Chromebook.


With such kind of development, I will probably opt for a Chromebook if I ever think about getting a netbook !

Will you be buying a Chromebook ? Do drop in your opinion 😀