Whether you are in the IT industry or you are a computer power user, you need to have a backup tool . Not because its cool to have one 😛 or its a luxury to brag off about it , but just because everyone needs to have one . Just think ,with this tool you can save your whole data – say important projects and files , movies , songs blah blah . A lot of people lose their data due to system crashes which is very likely over a long run. This indicates that backing up your files is crucial. You can be able to recover the data which can be lost if someone sets the machine it on fire or steals it 😀 [Very less chance to get corrupted ] 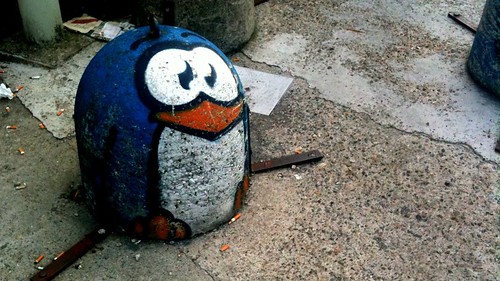 There are plenty of  solutions  out there .  After filtering out the costly and too complex here listed out are the top 5 most minimal  open source tools that will help you backup your Linux .

Just as  cool as a dracula 😉 . Its is a Client/Server based backup suite which allows the system administrators to manage backup, recovery.  It also helps to verify the data across a network . However, though it might look quite complex for a newbie [ as it has  750 page manual ] , it’s too easy to very much user-friendly . Owing to its modular design, Bacula is scalable from a single computer system to systems which form a part of a large network. Bacula is capable of backing up data on to various media, including tapes and disks . In fact the most easy way to keep a distributed backup system.

Through this tool we can[ Linux user/administrator ] generate customized rsync scripts to handle incremental backups automatically on a daily/weekly/monthly schedule . Using the remote-update protocol technology to speed up file transfers while the destination file is being updated. Easily transfer just the differences between two sets of files across the network connection by using an efficient checksum-search algorithm . Again very good to consider while taking a backup

Stands for Advanced Maryland Automatic Network Disk Archiver,.  It allows the administrator to set up a single master backup server to back up several hosts over a network to disks/tape drives/changers/optical media. It uses native dump along with GNU tar facilities. It is capable in backing up a large number of workstations running multiple versions of Unix.  Whats cool is that – Amanda can also back up Microsoft Windows desktops and servers using Samba or Cygwin.

Its one of the best GPL disaster recovery solution supporting Linux (i386, x86_64, ia64) and FreeBSD (i386). It is packaged for multiple distributions (RedHat, RHEL, SuSE, SLES, Mandriva, Debian, Gentoo) and help you back up your GNU/Linux server or workstation to a lots of media options like tapes, hard disks, network or optical disks. It’s also available as a Pro version .

Best choice for home user . Intended for desktop use and can back-up any subset of files/directories. You can also define exclusions by regular expressions. Maximum individual file size limit can also be defined from within the interface. To save the backup, you may use any local/remote directories which are supported by gnome-vfs. It also possess a  cool Gnome GUI interface for configure and restore.

Be it noobs or a geeks – these Back up tools will make sure your Linux data is safe just as money in your banks . You can take scheduled backups, one-time backups, local backups, remote backups, and many other features depending upon the tool .

If you have more suggestions, do feel free to  comment  . For more about adapting to Linux and Open Source, Stay tuned !