If you are a hardcore programmer and think that you know all of the computer programming languages and there’s nothing left in the world then just hold on ! There are many many crazy and weird programming languages , you might have even not heard of ! Yes , they do work , there are rules for the languages to work but they are so much freaking crazy . Here is the compilation of The Top 10 Crazy Programming Languages and has some mind-boggling stuff and investigation about this . 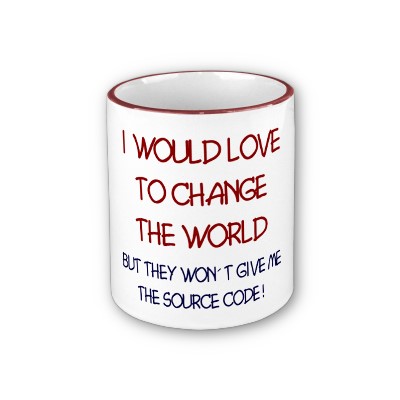 As the name , so is the craziness 😛
It was the invention of Urban Müller, designed to realize its implementation in the smallest possible compiler, and his master-plan came into existence in 1993. Known for its extreme minimalism, and controversial name, Bf comprises of only 8 commands +-. <>, [] and is practically useless, however recently few decoders have been designed to render it useful enough.

Wanna know more about this language ? then check out this Brainfuck wiki 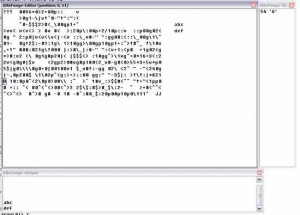 Originally created by Chris Pressey in 1993 extremely weird because basically the language models programs to be metric spaces attached with a co-ordinate system. One could never imagine that the instruction pointer could be even used in such an unorganized manner. What’s more it has even further developed into Befunge, and there have been several standards defined such as uni-funge for uni-dimensional and so on.

In Befunge, there is no comment syntax to embed documentation in the code, the programmer simply routes the control flow around the “comment” area, so that the text in that area is never executed.
Check this Funge wiki , and you’re bound to grow some fungus inside your head for sure! 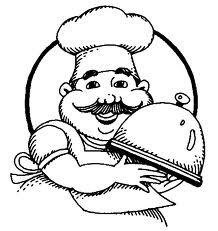 Designed by David Morgan-Mar in 2002 . This language is more of a cooking recipe rather than a programming language. The variables tend to be named after basic foodstuffs, the stacks are called “mixing bowls” or “baking dishes” and the instructions for manipulating them “mix”, “stir”, etc. The ingredients in a mixing bowl or baking dish are ordered “like a stack of pancakes”.

Recipes will be metric, but may use traditional cooking measures such as cups and tablespoons.

There are 20 colors for which behavior is specified: 18 “colorful” colors, which are ordered by a 6-step hue cycle and a 3-step brightness cycle; and black and white, which are not ordered. When exiting a “colorful” color and entering another one, the performed procedure is determined by the number of steps of change in hue and brightness.

This is the height ! Actually , more than being crazy it’s very funny programming language, basically designed to amuse the users with resemblance of the speech of lolcats.

Here follows a Hello world program and a simple program to output a file to a monitor.

Created in 2006 by Juraj Borza. The name comes from combining the slang “words” omg and rofl. Rofl is actually one of Omgrofl’s commands. Omgrofl is not case-sensitive, thus lol is the same as LoL. You may use this to produce “nicer” code.
Variables in Omgrofl must be a form of the slang word lol, like lol, lool, loool, looool, etc.
Example :
lol iz 1wtf lol iz liek 1rofl lollmao lolbrb 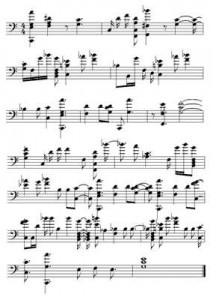 This one is for the music lovers, as Velato makes use of MIDI files as the input, with each command being determined by the interval between successive notes. Intended to allow for flexibility in composition, so functional programs will not necessarily sound like random notes.

Of course, like all MIDI files, Velato programs can also be represented as sheet music. Pictured above is sheet music – which you can listen to here.

As it sounds, the language has been deliberately tweaked to frame programs resemble the plays of Shakespeare .

It was designed by Jon Åslund and Karl Hasselström. Like Chef , it is designed to make programs appear to be something other than programs; in this case,  Shakespearean plays.
The first line in a Shakespeare program is called the “title” and acts as a comment. 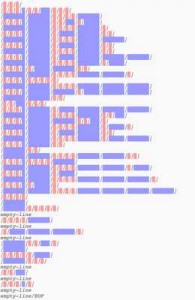 Designed in 2002, by Edwin Brady and Chris Morris, is an esoteric programming language that uses only whitespace characters as syntax. When it was released on April 1st, 2003, most people took it as an April Fools’ joke, which it wasn’t.
One of the most idiotic ones, which comprises of just the letter A, accompanied by commas, spaces and exclamations! It takes just the whitespaces into account, ignoring the non-whitespaces

Compiler Language With No Pronounceable Acronym, INTERCAL was the end result of exceptional work by James M. Lyon and Donald R. Woods, who came up with a programming language in 1972, which was totally different from all other programming languages.

The full name of the compiler is ‘Compiler Language With No Pronounceable Acronym,’ which is, for obvious reasons, abbreviated ‘INTERCAL’. Common operations in other languages have cryptic and redundant syntax in INTERCAL.
You can’t make head or tail out of it, except the binary numbers .

List was compiled with the help of the Wikipedia . Have you tried any of them ? 😉