Get BBM 2.0 for Android and iPhones 1

I still remember that day when people went crazy posting their BBM pins on facebook and twitter when it was launched on Android and iOS 😀 . I don’t know whether they are still using it or not and didn’t see any major advantage of BBM over other messengers except that BBM is more secure. And now BlackBerry has recently announced a major update to their BBM messenger for Android and iOS. Called BBM 2.0 and only the 1st update after BlackBerry made BBM available on both the Google Play Store and the App Store, which was first promised back in December. This update has added a bunch of new features to the infamously popular messenger. Here are some of the highlights: 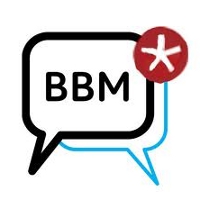 Location Sharing
Allows you to share your live location with your family and friends on BBM powered by Glympse for a certain period of time..You can set how long you want to share your location by setting the timer, so when the timer runs out your location is private again. Best for the times when you are running late and you want those you are supposed to meet, to be able to follow your progress to the meeting place in real time.

BBM Voice
This feature allows those with BBM to call their BBM friends as so long as they have a data connection meaning Skype and Viberr just got some competition. You will see a green phone icon in the top right corner of your chat window when a BBM contact is available for a voice call. You can tap on it to initiate a voice call. 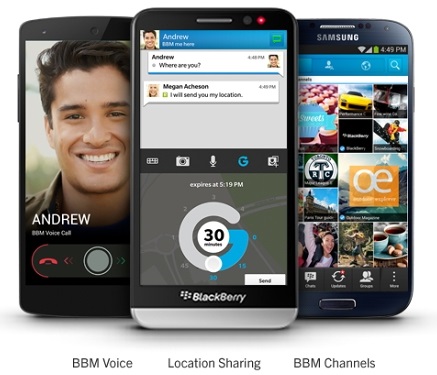 BBM Channels
This is the best thing I liked in this update. BBM Channels  allows users to chat with other BBM users on a topic that interests them. Channels range from products, hobbies and sports to entertainment, fashion, cars and more. Subscribing to a channel is like ‘liking’ a facebook page. Channels post pictures/news/info and you can like them and/or comment. There is also a chat function that allows the admin of the channel to open up a real time chat when they want for everyone in the channel to participate in.
Channels can be created by anyone and are a great way to communicate directly and immediately with people who share common interests . Businesses can easily reach their subscribers and spark discussions. Let’s hope channels will be popular for Android and  iOS users. It’s well done but obviously needs to be supported by users and channel creators.

Dropbox support
Now you can send files from your personal cloud directly to a BBM contact. On the receiving end, save the file directly to your smartphone or add it to your Dropbox account. Share photos, voice notes, files and attachments just got easier with your friends and family on BBM.

100 New Smileys!
Yeah we were bored of default ones.

Even these many updates there’s a great chance for BBM to find a room on Android or iOS. Is BBM taking over the world? I dunno about that but yeah BBM is here to stay 🙂

One comment on “Get BBM 2.0 for Android and iPhones”