Apple has shut the spread of android and blackberry with the launch of promising new OS called as iOS5 . A lot of features have been added to iOS5 . We have put together the complete list of highlights from the WWDCpresentation. 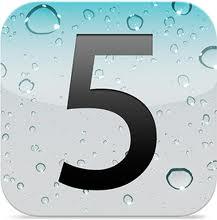 A perfect place for all of your notifications. You can get to it at any time from anywhere, just by swiping your finger down from the menu on the top. Click on an “x” to clear notifications. You will get notifications such as missed calls, texts, apps notifications, or even weather. Yes, it’s just like Android ! Notifications are also making their way onto the lock screen, where swiping across a text message takes you right into it. A lot like Samsung’s touchwiz UI.

Now you can use Twitter account to sign in to all your apps just like you use google account on android. This also includes the Camera and Photos app. What’s more awesome than Twitter integration inside whole iOS ! All they have to do is to sign in once from the setting and then enjoy tweeting easily from Safari, Photos, Cameras,Maps or YouTube. It also make it easy in finding the friends as it works together with the contacts, just type in the name and the Twitter does the rest

Apple has delivered a marvelous feature for iOS 5 named Reminders. It has become just like iCal on Mac os x, which pops up alerts. This whole new feature helps you to maintain your daily to-do list in style using the sync reminders with iCloud or Outlook to automatically update the list if there is a change in a program; also it includes the item based location option that enables the user to get reminded of the particular items if they are near to that store where those items are available.

Safari also gets a “reader” extension that strips the nuisance from page. Also added to the iOS browser is a Reading List, which does what the name suggests by accumulating a list of pages you want to read later.  It has the ability to pursue your interested content later by saving it, skipping the distraction like ads and other content while you are browsing and with iCloud you update your list on all of your other devices and also allows you to open multiple tabs and switch between them with ease.

All of your newspaper and magazine subscription in one place. This looks very similar to iBooks where all the newspapers and magazines subscribed will be available for reading or listening . Thus a brand new place to house all your mag and newspaper subscriptions.

A new camera button right on your lock screen for quick photos. Also you can use the volume-up button to shoot a photo.  Pinch-to-zoom, while holding your finger down on a particular area will lock down exposure to optimize the shot for its particular lighting. Couple of other effects and in-app editing for photos like cropping, rotation, red-eye reduction, and a one-click enhance option.

Finally apple realised that it’s a pain to use smartphone with a PC. You no longer need a PC/Mac to use iPhone, iPod or iPad or update as it can be done on the iOS device itself by downloading the new software updates directly from the device and create your backup automatically by using iCloud.

Just like BBM . It’s a messaging service exclusively for iOS users, which comes with delivery and read receipts, an indicator for when the other party is typing, and the ability to push messages to all your devices.  You’ll be able to send messages, photos, videos, and contacts. Group messaging will also be available. It works over either WiFi or 3G and looks to be making good use of Apple’s new push notifications. Time to throw blackberryin thrash , eh

All the Cloud features of Android world are now in iOS

Everything Cloud music, contacts, calendar, email, all of them are automatically synced among the devices using same account, even the apps.

The Game Center will now add photos and let you compare yourself against your friends as well as friend of friends. There will also be friend and game recommendations, plus support for turn-by-turn games. Nobody can give the gaming platform like iOS where you can discover and play new games.

Availability: iOS 5 will ship in the fall to the following devices: iPhone 3GS and iPhone 4, iPad 1 and 2, and iPod touch 3rd and 4th generation.