If you are waiting for Ubuntu 12.04 which will be available on 26th April but had no idea what a Pangolin was, then you’re in for some more as Ubuntu is ready with its next release 12.10 which will be on October of this year . Canonical CEO Mark Shuttleworth has announced that Ubuntu 12.10 will be known as “Quantal Quetzal”. Linux Rocks ! 😀 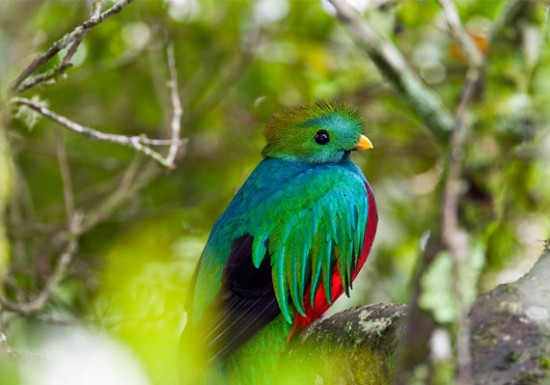 P for Precise and Q for? Looks like Mark Shuttleworth had to go through names to pick the best match for the upcoming Ubuntu 12.10.  The Precise Pangolin. That’s ‘P’ they used. The next letter in the alphabet is ‘Q’. So, that’s how the name comes . Wikipedia says that Quetzal is a colorful bird, and perhaps more importantly, is one of a select number of animals that begins with the letter “Q”.

According to Shuttleworth, Ubuntu 12.10 will get a major re-design… A new typography, a new look, new iconography, and much more . Most importantly, they are saying good-bye to the old boring brownish look. Something colorful and light will be used instead . So brown is out and something colourful and light is called for. Therefore , he settled with “Quantal Quetzal“. Quetzal is known to be a colorful bird which can be found in forests and woodlands (especially in humid highlands). I think he picked the colorful bird because the next Ubuntu might be “colorful” !

For your Information , then new versions of Ubuntu are issued every six months on a time-based release cycle. Each major update has an alliterative animal codename and a version number that signifies the month and year of its release. The codenames have followed alphabetical order since the launch of Dapper Drake in 2006.

Ubuntu 12.10 Quantal Quetzal is scheduled to launch on October 18th. But testers can usually get their hands on pre-release builds much earlier. Ubuntu 12.10 will be no different. The first alpha release is scheduled for June 7th.

The tentative schedule for the rest of the pre-release builds is:

This might just be beginning of New Ubuntu 12.10, but version 12.04, or “Precise Pangolin,” is due on Thursday. Stay tuned for more updates .

One comment on “Ubuntu 12.10 named ‘Quantal Quetzal’ on its way”