Those of you who follow me on twitter might already have noticed [ some already congratulated me 😉 ] when i just completed a milestone of 10,000 Tweets ! Yes 10K , and i know thats huge , very very huge number  . Only a twitter addict can have this kind of a record or/and spam bots . And yeah also the weird freaks out there who use twitter just because they don’t have any other thing else to do [ Just kidding ! ] 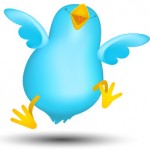 I know that i am acting more dramatic just because its only my “10,000th tweet” and there’s no big deal about it but I am really thankful to twitter for the awesomeness it has shown and how invaluable and daily part of life it has been . It has helped me to connect to people , some who have became my BFF , get in touch with all the hot happenings , made life interesting and also got to know  lots of uber and crazy people who I secretly admire and appreciate and lots of other things i cant talk about it 😉 . Twitter , it’s safe to say that you know it’s one of the most popular social networking and micro-blogging sites in the world. Every other company uses twitter along with faceobok for full marketing throttle and getting consumer reactions serving as an excellent tool for everyone out there . Bloggers as well as small business owners and people looking to make money online or friends online , even it’s used by people to blurt out status updates just for fun all day long . Okay , that’s too much praising for twitter . And,

Sure i used every freaking character and not ever sparred 1 of the 140 character limit 😀  You know it takes lots of creativity to get your message out within this limitation otherwise there would be a huge blog post piled out in that cutie tweet . Thank god we do have the 140 limit , the reason we have a blog404 ! As seen from tweet , i dedicate this tweet to everyone on twitter who make it uber and cool . Without them there would be no FailWhales LOL .

I usually tweet anything i feel like tweeting and have a strong zeal of never-ending conversations – the reason I have piled up over 10,000 tweets on twitter.  Also I use twitter to drive traffic to my blog , have lots of fun debates and IM’s . Also i would like to reveal that Twitter is one of the top 5 referring site out of all traffic sources . And its also the top money maker . If you have some good amount of followers you sure can easily signup for Mylikes , Fiverr and Sponsored Tweets for making money online . I really don’t pay much attention to all the tweets i see on my timeless because of the number of people i follow but if anyone gets tweets anything worth retweeting then it does gets retweeted by me 🙂 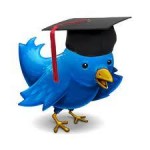 Here are some twitter lessons you need to take :

That sure would keep you busy in getting a bit of twitter knowledge !

Before I get out of here I would like to thank my 25,000+ twitter followers [ It would have been increased if you are seeing this post late] – or else i would not be writing this post . Thanks a lot for interacting with me and making it possible for me to reach 10,000 tweets. And those people who are already following me since eons – say HI to me or gimme a #ff shootout and i promise to return you the favor 🙂

ps: you know what to do next !