iPhone5 Review: Should you wait for iPhone6 ? 15

I don’t believe that a week has already passed since Apple gave the world its first (official) look at the iPhone 5 with the iOS6.  I remember checking leaked pics of  iPhone5 the day iPhone4S was launched with iOS5 (because i thought there would be iPhone5 after iPhone4 and the reason why I waited for iPhone5 to launch

). The internet seems confused as there is no majority if the iPhone5 rocks or sucks. Let’s look at the features of iPhone 5 and then compare it if it rocks or sucks. Here we go…

After five generations of the iPhone, Apple has finally enlarged the size of the touchscreen panel, moving from 3.5in to 4in. However Apple has kept the width the same as the earlier models, and instead just made the phone a bit taller, giving a 16:9 aspect ratio, instead of 4:3 like the iPhone4S. The 16:9 format is awesome for watching videos. The extra space means you can now see five rows of apps on the home screen instead of the previous four. Similarly on a Calender app,you can see five days of events on the screen in horizontal mode, instead of just three.

Apple introduced a screen resolution (1,136 x 640) which helps preserve the iPhone4S’ 326ppi pixel density and its Retina display designation in order to accommodate the unusual screen panel size. However that’s still half an inch smaller than Samsung Galaxy S III and Nokia Lumia 920.

This was widely expected, and Apple delivered. Imagine, How many seconds will it take for Samsung to sue Apple over the 4G LTE patents? 😉

The “iSight” camera, stays at 8 megapixels (with the best resolution being 3,264×2,448 pixels) with a feature list that includes backside illumination, a hybrid IR filter, a five-element lens, and a f2.4 aperture.You should be able to launch photography apps up to 2.1 times faster. Finally, there’s a built-in panorama mode that stitches shots together for one large 28-megapixel photo.

The new Apple EarPods come with the iPhone 5 , or you can buy them separately from Apple. It has been designed, according to Apple, for deeper and richer bass tones, protection from sweat and water, and control music and video playback.

You will boast anything, won’t you Apple?
Isn’t this the same thing we hear with every release?
The ‘improvement’ in battery life hardly makes a difference and any Android device lasts pretty long than iPhone.
The iPhone5 has a new A6 processor which they say is twice as fast as its predecessor’s CPU at many tasks. A6 remains a dual-core CPU and a dual-core GPU. 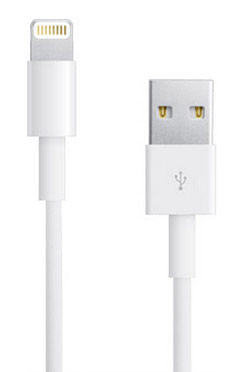 There’s a new and long-anticipated smaller dock connector called “Lightning”. It’s 80 percent smaller, and since it’s reversible, both ends will be the same (that’s cool). Alas it doesn’t conform to the much more universal micro USB standard. By all means, it’s bound to annoy owners of current speaker docks, accessories, and charger/syncing cables since it will render them obsolete. That sucks!

Somehow I just knew Apple wouldn’t adopt NFC for iPhone 5. I predict they will make their own and Patent the hell out of it.

No NFC, No wireless charging, No FM Transmitter, No DLNA, No Sharing capabilities like sending media through Wifi-Direct or just plain Bluetooth, USB OTG, new design etc etc…  Is it too late to keep pace with the rapidly iterating Android and Windows Mobile offerings? If you already owe an iPhone4 or iPhone4S then you should wait for iPhone6 and get a hang of Droid or Windows 8 Smartphones. If you never used an iPhone then you shouldn’t wait for iPhone6 because it will take some 5-6 months. iPhone5 is the right phone for you then 😀

15 thoughts on “iPhone5 Review: Should you wait for iPhone6 ?”